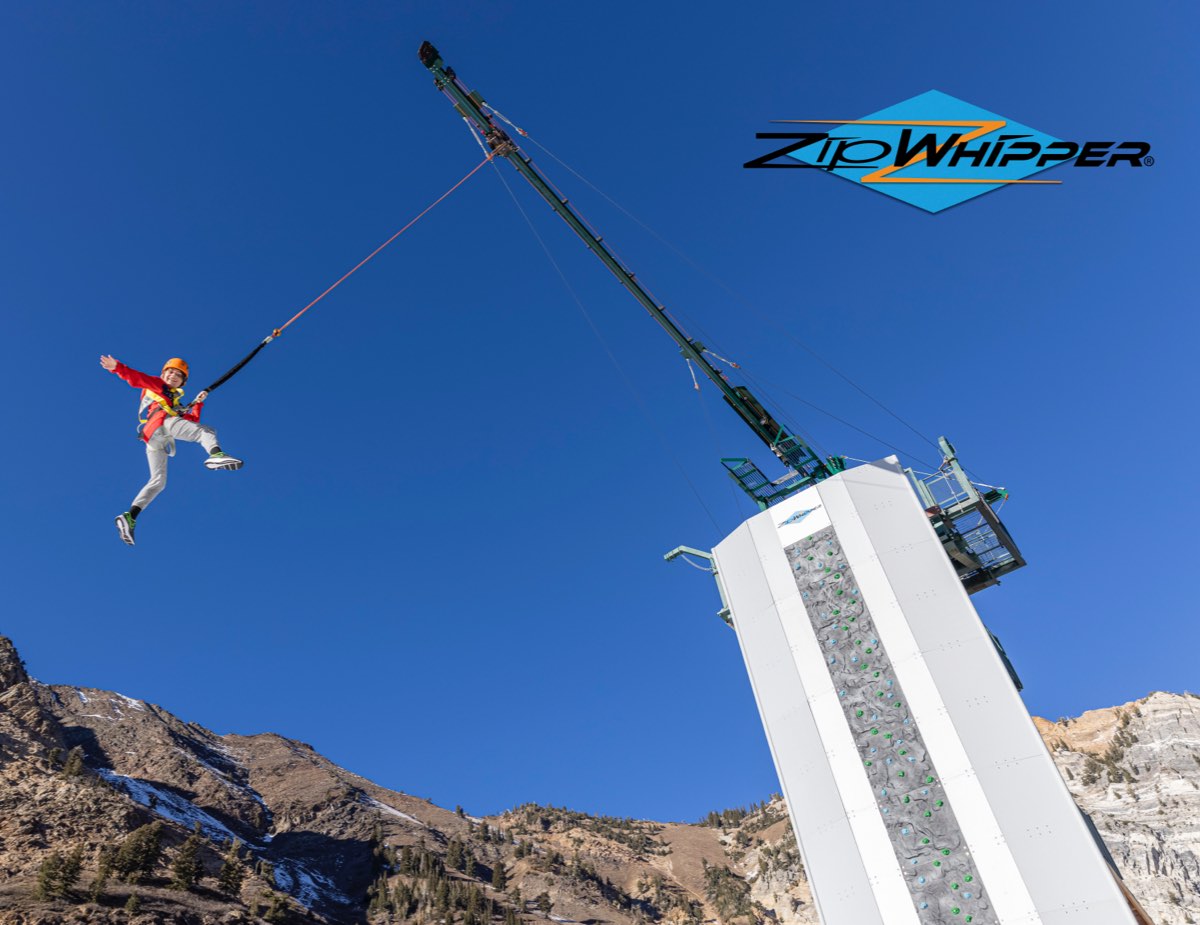 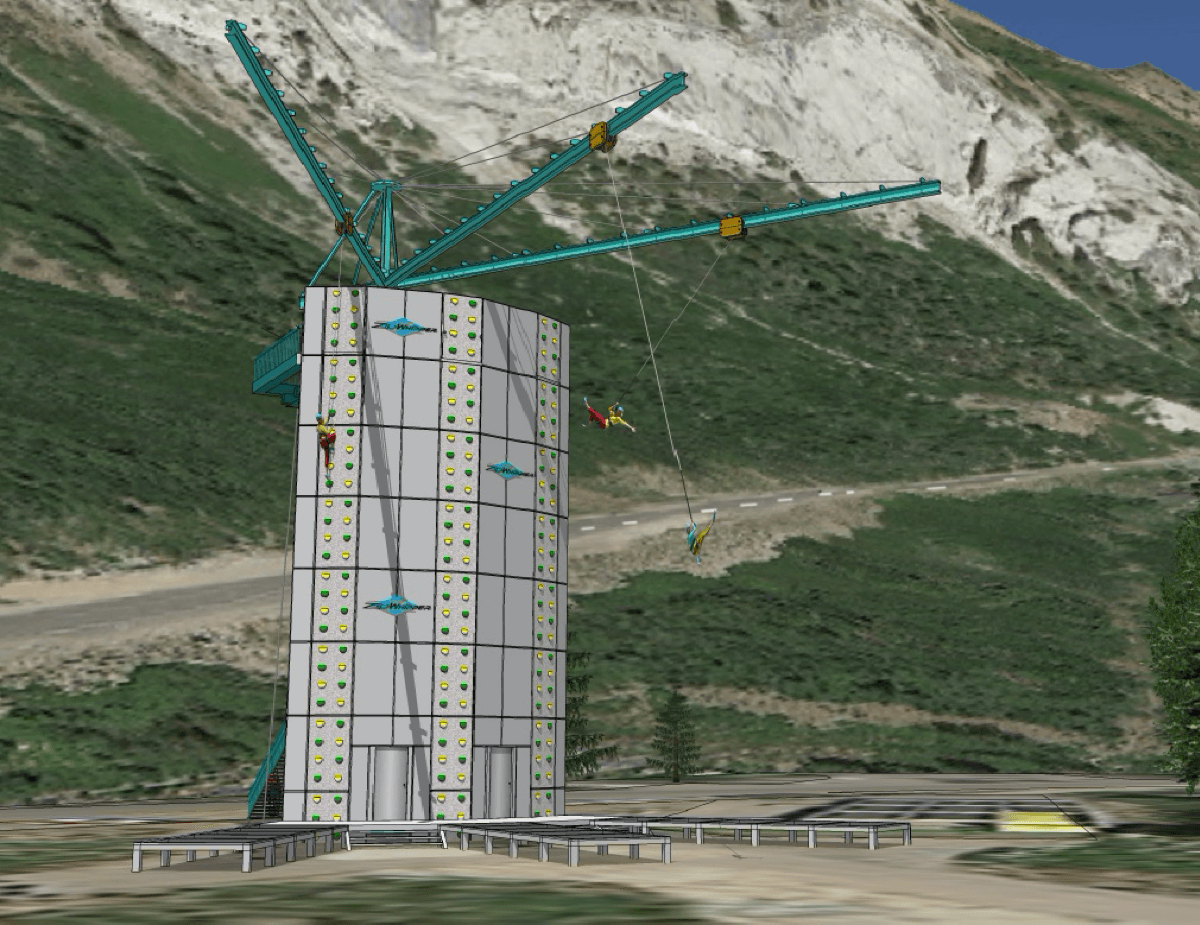 Here’s how it works: Once the cycle is initiated, harnessed patrons have 20 seconds to climb as high up the wall as they can before time runs out, at which point the ZipWhipper® takes over and pulls them to the top of the wall. The height climbed and time of each climber is recorded, allowing participants to compete against each other.

At the top of the climbing wall, participants are given a second to look around and contemplate their height before the ZipWhipper® drops them backwards into a breathtaking pendulum free fall, swinging them outward away from the wall. This part simulates a “lead fall” when rock climbing.

What happens next is a function of the attraction’s unique technology. The ZipWhipper’s patent-pending swing dampening system measures each climber’s swing, and automatically adjusts to decrease each individual swing while continuously maintaining their position away from the wall.

Just as the swings are shortening and the participant begins to relax, the ZipWhipper® drops them 10 feet for one last jolt of excitement. This move serves two functions: It simulates the feeling of a drop that happens when you miss a clip rock climbing (and surely squeaks one last scream out even the bravest participants); and dampens and stops the swing so the participant can be lowered gently to the ground—a mere 75 seconds after the experience began. 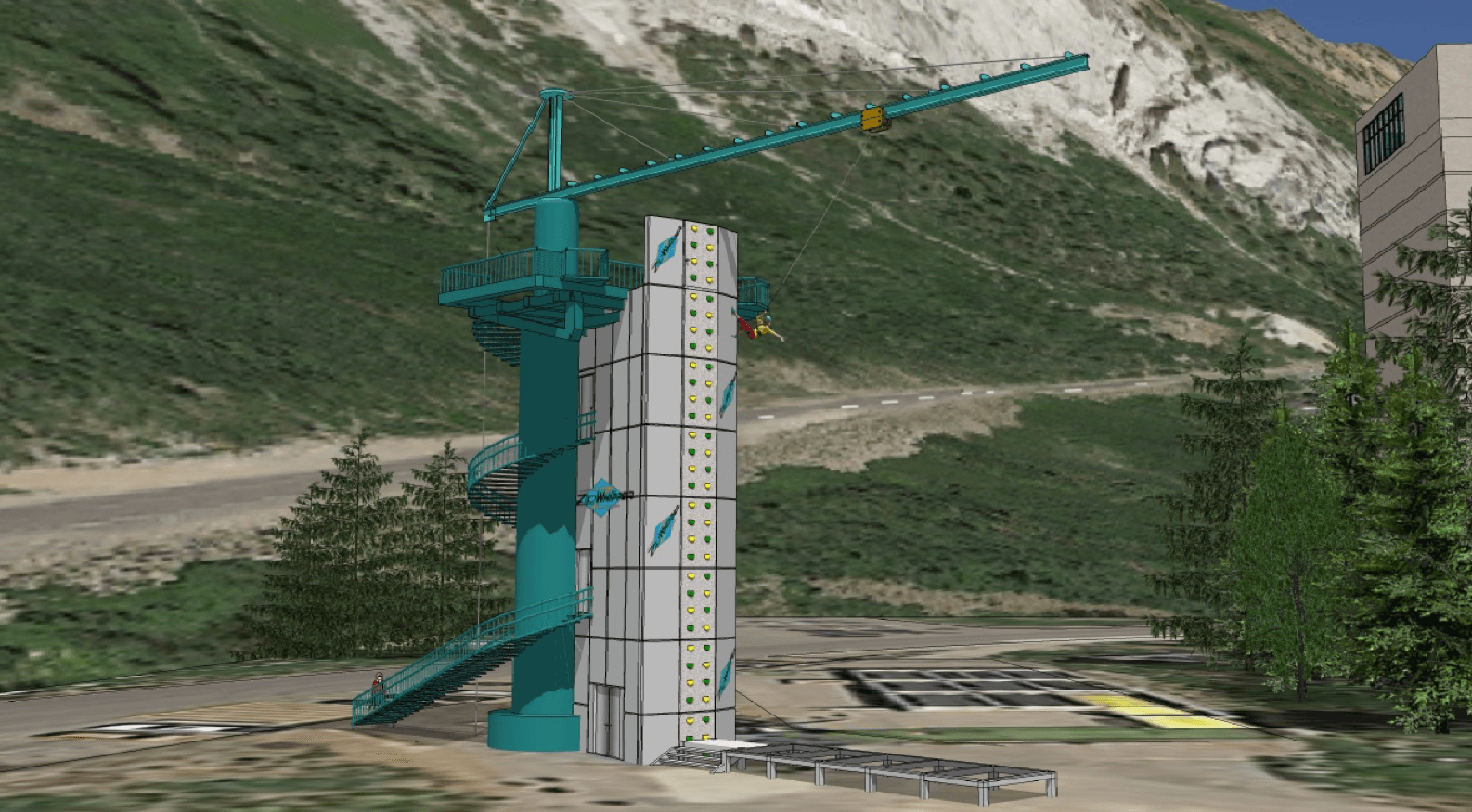 The structure itself is impressive. At 50 feet tall, the ZipWhipper® tower is much taller than the average climbing wall. This adds to the excitement of the experience, and—combined with the trolley rail that extends horizontally from the top—also makes it a visually appealing feature.

The ZipWhipper® is suitable for all ages and abilities. The minimum weight requirement is 50 lbs., and the maximum is 275 lbs. This makes it an ideal attraction for any facility, especially those that are family friendly. Plus, the system can easily lift any participant to the top who doesn’t want to, or isn’t able to, climb the climbing wall, but would still like to enjoy the rest of the experience.

In addition, we are also going to be testing our ZipRider® harnesses on the ZipWhipper®, which would mean anyone with physical disabilities would be able to participate, further broadening the inclusivity of the attraction.

The ZipWhipper® has high upsell and repeat ridership potential. With all the combined elements of the experience—timed and measured climbing, a second at height, drops, and swings—that happen in 75 seconds, participants oftentimes want another try as soon as they’ve reached the ground. With the customer already fitted in their equipment and connected to the ZipWhipper®, a second attempt is as easy as pushing a button to start the cycle again.